The GEBI team had been created to help government employees get all the answers they require from reliable sources. The team comprises of financial planners who have over 30 years of combined experience and have received special training on government employee benefits. Over time, GEBI has grown into one of the most experienced teams of government employee retirement and benefits experts in Hawaii. 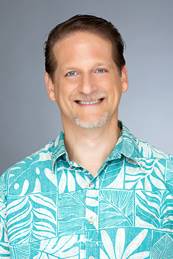 Dan Hartenstein is a co-founder of ECS Wealth Strategies and a charter Instructor with the Government Employee Benefit Institute.

From 1999 through 2010, Dan followed the footsteps of his father and worked primarily with high income/high net worth health professionals. By specializing in retirement plan design, tax planning, asset protection, and charitable endowments, Dan worked to help them minimize their losses to taxes and inefficient business structures, and to maximize the efficiency, control & safety of converting their surplus earnings to retirement savings throughout their working career.

In 2009, based on an influx of physicians and dentists from Tripler Army Medical Center, the VA, and the Navy Medical Services, Dan found that the rampant confusion and misinformation he saw prevailing among many of his private-sector clients was made worse for government employees by a system of benefits that few understand and that was constantly changing. Seeing that they routinely needed help but were not able to get it, Dan decided to shift his focus. As a result, Dan went through a series of intensive training courses to familiarize himself with the various federal retirement benefit systems, in addition to becoming commissioned as a Notary Public.

After further developing his knowledge of the federal system of benefits, he co-founded the Government Employee Benefit Institute (GEBI) with his business partner in 2010. Over the next 9 years they worked to help federal employees make smarter decisions regarding their retirement, assisting well over 1,000 employees to maximize their retirement benefits and minimize their losses to poor &/or uninformed choices. Through the consistently high ratings from their classes, they developed GEBI into a preferred vendor for the Honolulu Pacific Federal Executive Board and received the coveted Torch Award for Ethics 2016 from the Better Business Bureau.

Being a strong believer in giving back to society, Dan is a recipient of the Paul Harris Award from the Rotary Club of Waikiki and is a 2-time Rotarian of the Month.  During his spare time, he sits on the Board of Directors for the Friends of the Missing Child Center – Hawaii, is an active volunteer at his son’s school and has been the president of the La Pietra Parent Faculty Association for the past 3 years.  Dan has also helped with numerous other charitable & volunteer projects including an endowment of the Hilo Medical Center Foundation. 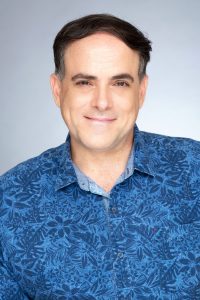 Robert Yeszerski is a co-founder of ECS Wealth Strategies (ECSWS), and a Charter Instructor with The Government Employee Benefit Institute (GEBI). GEBI is a preferred vendor for the Honolulu – Pacific Federal Executive Board and received the Better Business Bureau’s Torch Award in 2016 for Ethics in Small Business, and Robert is proud to have received this coveted and prestigious award. Thousands of Government Employees have been helped by GEBI’s team since opening its doors in 2010.

Robert has served his clients financial needs since 2002. He specializes in working with individuals and small businesses in the areas of retirement planning, retirement income distribution strategies, financial planning, insurance strategies, estate planning strategies, and college prep and financing strategies. Robert spends a lot of time providing retirement education through GEBI for Government Employees from various systems, focusing on how to get the most out of their retirement by making smarter choices.  Robert has been trained over the period of many years in various systems to be resource to his clients, offering real world advice. His goal is to help his clients get the information they need so they can start asking the right questions that matter to their families in whatever planning they are looking to do.

Robert prides himself on being fiercely independent from the directives of any Financial Planning Company. He believes focus should be on planning, not sales.

Robert was born in Washington D.C., and at the age of 16 ½ he enlisted in the U.S. Army and served six years as a Cavalry Scout. Robert is a combat veteran having served in Operation Desert Shield, Operation Desert Storm and Operation Provide Comfort. He finished his enlistment while stationed in Germany, and attended the University of Würzburg for two years, ultimately finishing his degree work focusing on Marketing Management at Webster University’s campus in Leiden, Holland. Being fluent in English, German and Swedish, Robert went to work right after school for a Multinational Enterprise, and eventually was the Area Manager responsible for Marketing and Sales in Holland, Germany, Switzerland, Austria, the Czech Republic, Slovakia, Russia, Turkey and the Middle East. Robert moved to Hawaii in 2001.

Robert lives with his wife and two wonderful kids. They place great emphasis on their kids’ education.  Robert enjoys spending quality time with his family, especially as his teenage daughter prepares to enter college, and his toddler son builds some of the most fantastic things with whatever he can get his hands on.